Group Volunteering Trips to the Philippines 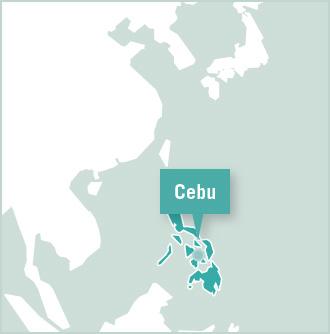 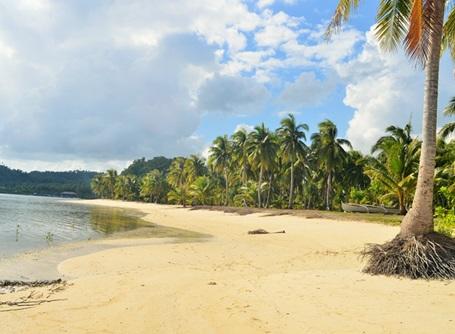 A map of the Philippines highlights Cebu

The Philippines is our newest Asian destination. With over 7000 islands set apart geographically and culturally from main-land Asia as well as its history of Spanish rule, the Philippines offer a unique Asian experience. Projects started in spring 2013 and are available for anyone interested in volunteering in the developing world; whether you are on a gap year, a summer placement, or a career break.

Projects Abroad offers a variety of projects for volunteer groups to join in the Philippines. These are located on Cebu Island, part of the Visayan Islands. Groups can get involved in Care centres for disadvantaged children, Teaching in a primary or secondary school, working in a hospital or health clinic on our Medicine & Healthcare project or helping to rebuild schools and homes in a local community after the devastating Typhoon Haiyan in 2013. 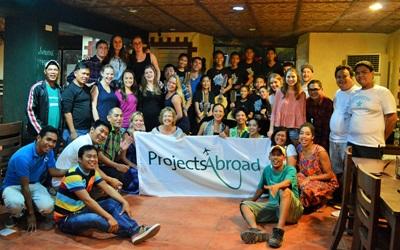 The Philippines lie on the western edge of the North Pacific Ocean, with its closest neighbours being Taiwan to the north, Vietnam to the west and the islands of Borneo and Indonesia to the south.

The 7,107 islands that make up the Philippines are distinctly set apart from mainland Asia, both geographically and spiritually. Due to 350 years of Spanish rule, Catholicism is the main religion practiced by its population. This means that these South East Asian tropical islands are home to unique Spanish-Filipino colonial architecture, bright and colourful town fiestas and centuries-old stone churches. Despite this, the Philippines also has a lot of American influence since the United States took control at the turn of the 20th century, including widespread spoken English and some western retail and fast-food outlets.

Regardless of the country’s mixed history, the Philippines and its people still remain unique, upbeat and incredibly welcoming, offering a great destination for any traveller or volunteer.

Where we are based in Philippines

We currently work in Bogo City and San Remigio, both of which are located in the province of of Cebu. Bogo City is home to over 90,000 people while San Remigio is slightly smaller at around 58,000. Bogo is located to the north-eastern coast of the mainland Cebu, with San Remigio located in the more rural region a few miles to the South West. Cebu is one of the most developed provinces in the Philippines, with Cebu City as the main center of commerce, trade, education, and industry in the Visayas. Much of Cebu has developed rapidly over recent years and despite some areas downtown and on the seafront being modern and developed, other areas remain home to poverty-stricken Filipinos and migrants from all over the region.

Groups will stay in a local hotel within Bogo City with easy access to their projects, as well as to the city centre and the beautiful beaches where they can spend their free time. Our newer projects in San Remigio are in need of volunteer help with a large scope for group opportunities, please contact us to find out more.

Travel and Tourism in Philippines 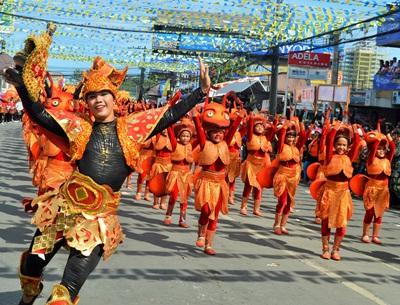 Locals perform at the Sinulog festival in the Philippines

During the evenings and at the weekends, groups will get free time to spend as they please, this can include trips chosen by the group to other parts of the Philippines which can be arranged for the weekends. With tropical beaches on all of the 7000+ islands and a cultural history that’s unique to Asia, there is plenty to do for any group volunteering away with us.

In Cebu City itself you can explore the traditional Carbon produce market or embrace the vast Americanised modern malls, with cinemas and bars. Or visit Fort San Pedro and Magellan's Cross to learn about the Spanish conquest. The Spanish influence is also felt in the regular fiestas and street parades, the highlight of which is the Sinulog Festival, a nine day Mardi Gras style party at the end of January.

On Cebu Island the beaches in the north and southwest offer the classic combination of white sand and clear seas with spectacular diving or snorkelling. For more remote beaches the idyllic offshore islands of Bantayan and Malapascua are easily accessible for weekend trips.

However, for the more adventurous groups who don’t want to sit around on the sand, the Philippines offer plenty of opportunities for kayaking, diving, potholing and hiking. The country is even known as the unofficial zipline capital of the world.

The rest of Southeast Asia is only a short flight away and with Cebu City having an international airport and many budget airlines offering bargain flights, travelling on to countries like Thailand, Vietnam or Indonesia is easy.

Projects Abroad offers a variety of projects for volunteer groups to join in the Philippines. These are located on Cebu Island, part of the Visayan Islands. Cebu City itself is a vibrant city, and the second largest in the Philippines; offering both traditional and modern aspects of the Filipino life. Groups can get involved in Care/Teaching, Community, and Medicine & Healthcare Projects; each boasting their own intrigues. 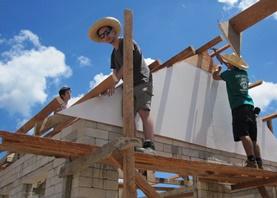 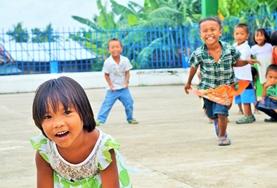