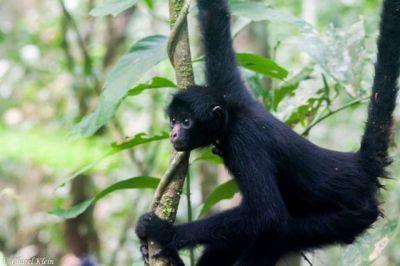 Released Spider Monkey
Projects Abroad has a Conservation Project in the Amazon Rainforest in Peru on a reserve called Taricaya. This project focuses on the animals of the forest and the environment.

This discovery means that the work done at Taricaya, from nurturing abandoned babies, reintegrating them to a pre-release enclosure and introducing them to a group before release, has proved to be the right formula.

Read our Monthly Updates from the Peru Conservation project